RSS Feed
← Laramie and the Landlords
St. Louis – Back to the South →

I covered a lot of ground between Laramie and St. Louis. It’s mapped at about 13 and a half hours of driving, but it took me several days. I left Laramie hoping to make it to Kansas City. That thought was a little over ambitious as for the record I don’t drive over 7 hours a day by myself and it’s a 10.5 hour trip. I ended up driving just about as far as I could.

Nebraska is a rather boring state. It’s filled with farms and towns that are barely a speck on the map. The terrain is flat and doesn’t contain many large trees or bodies of water. I stopped to stretch my legs at Fort Kearney. I jumped in the air after almost stepping on a snake and I took a ton of photos of my adorable little prairie dog friend. 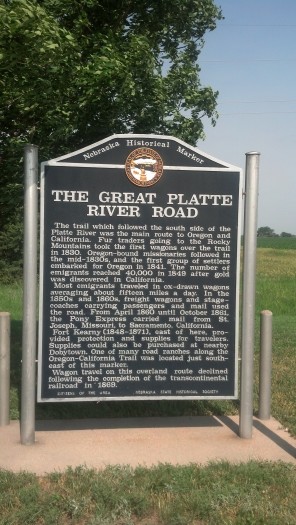 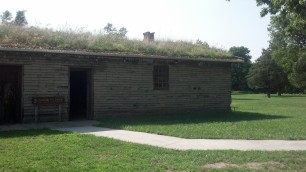 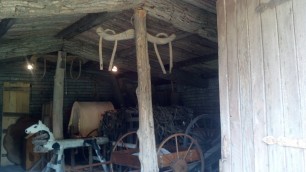 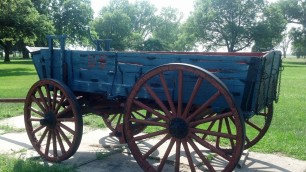 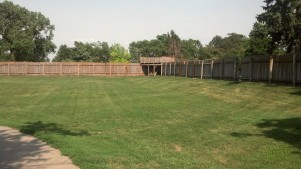 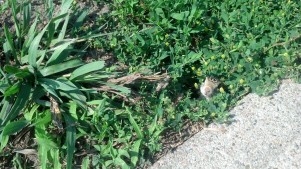 Around sunset I stopped for free camping in a public park. I was surrounded by RVs and locals playing baseball. It was a nice park, but I couldn’t tell you where it was. I don’t think I could’ve told you where I was at that moment either. Settling in for that night I was hit in the face with humidity for the first time in months. Before I left on my trip, I didn’t really understand humidity. Growing up in the South people like to talk about humidity, but it’s just that there’s indoor air and outdoor air. I thought all outdoor air felt a certain way – because well, it isn’t air conditioning! That night I finally understood it was like someone had decided to throw a warm bucket of water in my face, I couldn’t sleep in my car without being damp, I couldn’t sit outside without moisture. It wasn’t the most comfortable night – I don’t like sleeping under bright lights anyway, but a long day was ahead.

I headed out the next day for Kansas City. I didn’t have a place to stay lined up. I didn’t really know much about Kansas City and I was at this point fairly broke. The only thing I knew about Kansas City was that several friends from Georgia had gone there for this place called the International House of Prayer. I didn’t have a place to stay, but I also knew no one was going to kick me out of a 24 hour prayer room. I prayed quite a bit before I got there though, mostly I prayed that I wouldn’t run out of gas, that I would have enough money for gas, that my car wouldn’t malfunction, and that there would be no accidents, because if I wasn’t sure if I had enough money for gas, I definitely knew I wasn’t going to be able to pay for any car problems. I was lined up to get paid in two days. I was waiting and praying and hoping I didn’t run out of gas. A place to stay was the last of my worries. I was tired of eating the same diet of tangerines, cliff bars and stale bagels. I always drank water on the road anyway, I don’t pay for drinks. My bagels were starting to mold. I scrapped the mold off my bagels.

I arrived at the International House of Prayer (IHOP) and they were having a youth conference. The cool thing about their youth conference is that I could not only spend time in the prayer room, but I could listen to guest speakers and praise bands for free. I was exhausted from all the driving. I enjoyed the meditative state of the prayer room after all I’d been through in the past few days – besides I didn’t have money to do anything else in Kansas City. The first night speaker I really enjoyed. The theme of the weekend was Fascinate and the auditorium was filled with high schoolers. The guest speaker spoke on how we are created to want to be fascinated with God fulfilling that need, but unfortunately we become fascinated with things that aren’t of God. Great night – great speaker, after the conference ended late I bunked up in my car.

I’m not sure what I was expecting, I had heard stories about IHOP and I suppose I imagined some holy spirit enlightenment was going to fall down on me just walking in the place or something – but the truth of the matter was that as spirit filled as that place is – I had felt the spirit more previously on my trip. God had already come to me. He came in the desert with rainbows reassuring my choices, he gave me a glimpse of heaven in mountain valleys, shown me an example of salvation with Glass Beach, the quiet reverence of the red woods and taken care of my needs with the last-minute place to stay, a host’s generous meal and the gas to keep going.

The next night, I didn’t agree with the speaker at all. I’m a very skeptical personal anyway, but I get even more cautious when listening to people such as religious guest speakers. The thing that seemed crazy to me though was that I was the only one it seemed in the whole auditorium to really not agree with him – I looked around and thought “really?” am I the only one here who reads the Book of Revelation as an allegorical piece of literature. “The lion lays down with the lamb” sure sounds like a metaphor for peace to me. Am I the only one who doesn’t think that heaven and hell have to be literal physical places – because physicality and time are constraints we humans understand, but that the spirit realm is beyond that? Not to say that Revelations isn’t sure enough debatable and confusing, but am I the only one who took enough advanced literature classes to understand how to properly recognize a style of writing or to recognize when something is symbolic.

I tried to hear other opinions out in a smaller setting afterwards, I turned out to be not the only one who at least wanted to discuss some of the preachings. I felt a little out of it. Mostly confused and concerned. I ran into some interns who were talking late into the night. A girl was asking for help dealing with her gifting. I joined in on the conversation and I found out the girl had a heightened sense of discernment. She came to IHOP, because she saw visions of angels and demons and obviously freaked out. She was working on getting over her fear and acknowledging what she was seeing in a useful and positive manner. One of the girls helping out was planning to be a counselor one day. She’s going to be a really good one, that’s for sure – I found out she was going to be a counselor after telling her how good she was at it! I was invited to spend the night at the new seer’s place. Her roommate was out of town, so I got a bed. It was so nice to have a bed to sleep in – I hadn’t slept in a bed in about a week! We stayed up late discussing life. I didn’t agree with her about everything and she didn’t agree with me about everything either, but it was interesting to hear her perspective and I understood where she was coming from.

The next day I woke up and started for St. Louis. It was only suppose to take me about three hours. It took me seven. The rain poured down so hard I felt like I was driving underwater. It got to the point where I couldn’t see the flashers from the car in front of me. I couldn’t see anything. I couldn’t see enough to pull over even if it was safe to. We all crept along at 20 mile per hour down the interstate. I pulled off and waited for the rain to let up three times during this journey. I’d get back on just to have it get heavy again. It started to hail.