St. Louis – Back to the South

Apparently there is a debate across our country on whether St. Louis is really Southern. From my experiences it is – though my thoughts on whether a place is Southern or not is largely culinary based. Do they brew the sugar in the tea or do they stir it in after the fact when you order? I can taste a difference! Do they traditionally have their own distinct style of BBQ (Pulled Pork Carolina Mustard Style, Texas Cut Brisket, ect.) I grew up sticking my head out the school bus window to smell that savory smoke billowing out the front screen of BC’s BBQ – the pride and joy of all the Yalaha, Florida locals. I’d smell it down the road on Saturdays and hear the vroom of  biker groups speeding by on their pilgrimage. We had to stop by grab the meat, a coke from the long wall cooler and a mini sweet potato pie at the cash register. I later worked at Sonny’s serving up the good stuff – smelling of sweet sauce. I couldn’t wait to get my hands on some authentic St. Louis style ribs!

I was directed to this place called Pappy’s by my Couchsurfing host Mark. I was fortunate to have a spare bedroom in the apartment of my freshly college graduated and surprisingly platonic roommates Mark and Laura. I was told to go to Pappy’s at an odd time of the day, because it is always packed. I headed over at around 2:30. There was a line out the door, but the BBQ was worth the wait! Ohh… it was some good stuff!

To see the Gateway Arch I climbed up lots of stairs to get to a viewing platform of the Malcolm W. Martin Memorial Park. Below was someone on a lawn mower making perfectly trimmed lines of grass. The sun was beating down and the air smelled like grass. The lawn reminded me of a giant football field, especially how it was being mowed so carefully. I had fun taking silly pictures with a statue of Malcolm. After being on my own for so long, I enjoyed having some male company, even if he happened to be made of bronze. My hosts made fun of me for seeing the arch from the Illinois side. I suppose they thought I should walk right up to the arches, but then how would I take a good picture? 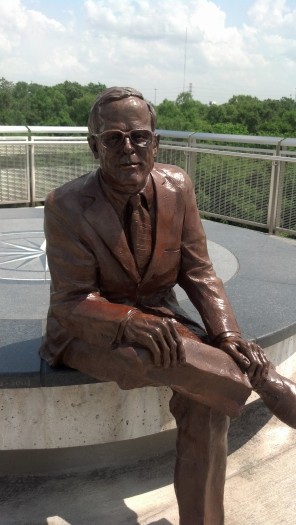 We rock the shades 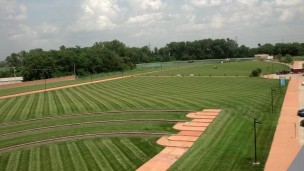 Later while in town, I visited one of the most awesome museums I have ever seen! In fact, I felt kinda sad that my parents never took me to St. Louis as a kid. And that means a lot as I grew up living right next to Disney! The City Museum makes everyone feel like a kid at heart and to be honest, if I ever have any kids I would place a trip to the City Museum over a vacation to the Magic Kingdom. It’s an eclectic place that features areas where you can move through caverns, climb in an enormous tree house type structure, walk into the belly of a whale, slide down a 5-story slide, view old city fronts and learn about the history of St. Louis, check out art nouveau posters, visit a carnival, do an art project, watch a performance, play on a jungle gym… I mean the place had everything! And there is no age requirements to participate in it all… I’m just too large now to crawl into all the crevices! One of the things I liked the most about it too was that it had this rustic, artsy haphazard look to it – so many times museums and amusement areas seem so commercial. This place had the ora of something created out of the love, imagination and volunteerism of a bunch of locals – which was pretty cool! 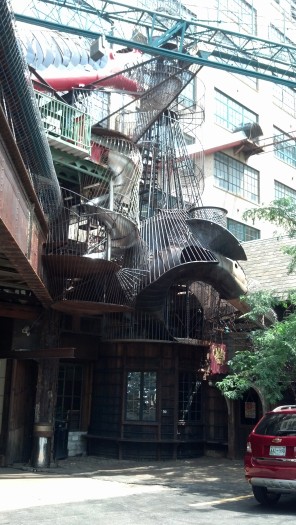 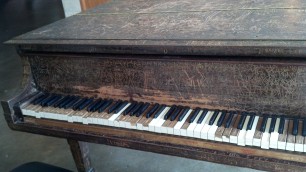 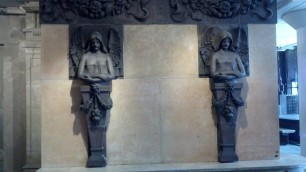 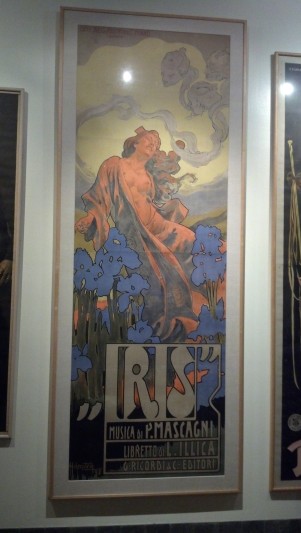 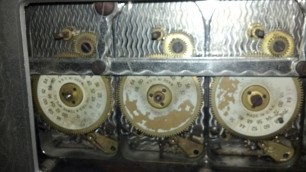 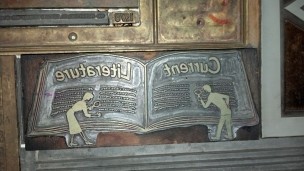 I spent time getting to know St. Louis, just walking the streets and checking out the homes, it’s a city I really like. I love places that are filled with historic town homes. I like fact that things aren’t cookie-cutter and that they are urban without being too urban. I love to walk, I love things being close by, but I also like having tree-lined streets and parks.

I talked to my guy from back in Georgia… we had taken a break with my traveling, but we still regularly stayed in touch. He let me know that his second cousin lived in St. Louis and he encouraged me to check out her ice cream shop and say “hi”. So, I stopped by Serendipity Ice Cream to meet cousin Becky. I walked in and asked for Becky – I met her and told her Elliot sent me in. She was a little confused. “Elliot who?” “Your cousin Elliot!” She then became super excited, “What a surprise! She friends with my cousin, my cousin 20 years younger than me! She laughed, he’d come over and say “Let’s play!” “He’s grown up so handsome!” “Whatever flavor you want, it’s on the house!”

I enjoyed my ice-cream and Becky invited me to join her at Sanctuaria later that night for the weekly meeting of the Cocktail Club. I got to know her better that evening over drinks. It was nice to meet some locals and I loved the classy vibe of the tapas bar. 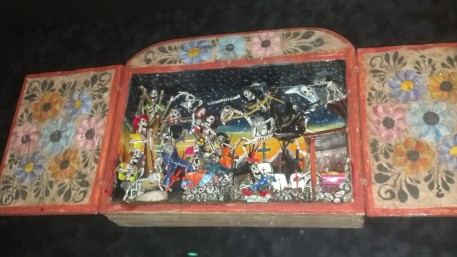