After leaving the beautiful still serenity of my campground in the Redwoods (The Journey to Ft. Bragg post), I started looking for a gas station in town. My plan was to make the long drive to Coos Bay, Oregon. I didn’t have a place to stay lined up though, so I was pretty much up for whatever. While I was driving I saw a young couple walking in a ditch down the side of the road and I felt strongly that I should pick them up. I’d never picked up hitchhikers before. I kept driving though and pulled into a nearby gas station to fill up. While filling up my tank, I noticed that the couple had walked to the gas station and set up shop in front of the door with their cardboard sign. I walked up to the boy. He was a short, shrimpy looking kid between the age of 18 and 20. “Where are you looking to go? I’m on my way to Oregon.” He got all excited, “We’re looking to go to Eureka.” “Ok, I’ll give you guys a ride.” “Oh, thank you! What can I do for you? Can I wash your windows?” “Um… ok…” I rearranged my car, while the boy washed my windows.

END_OF_DOCUMENT_TOKEN_TO_BE_REPLACED

When Yosemite is Your Yard

I was happy to rest in Angel’s Camp for a while. A cute little town, I loved how they had clothes hanging over the street. It reminded me of shoes that hang above Spectre in Big Fish. Signs were in every window for the upcoming Culaveras County Jumping Frog Jubilee. Apparently Angel’s Camp’s claim to fame is that Mark Twain published a story about a frog from there. 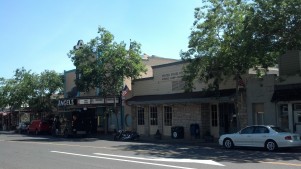 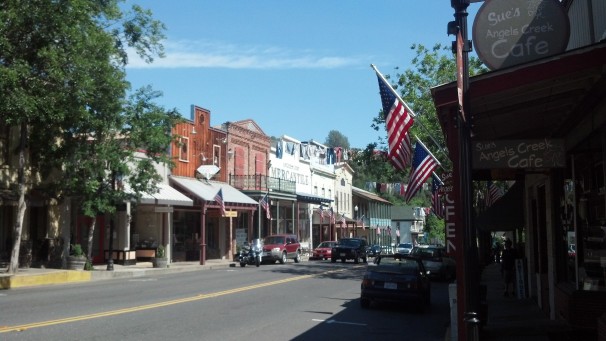 I didn’t really have a place to stay planned out for Yosemite. I thought I’d find a camping spot either inside the park or somewhere nearby. I had heard rumors about maybe some nearby BLM camping. I was caught off guard though when I found out that all the campgrounds in Yosemite were filled to capacity and that there wasn’t any BLM land nearby. I decided the smart thing to do would to be to stop and rent a bear can at least, so if I did make some last-minute camping arrangements than I wouldn’t have to worry about my car being broken into.