I booked a bed at the local American Hotel HI in the Asian side of Seattle. Being the friendly hostel veteran that I am, I quickly made friends with another solo traveler – a really sweet girl from Uruguay who was traversing the U.S. after her study abroad. We checked out a local noodle shop and then walked to the harbor. Next door to the hostel was also a dessert shop. It was so colorful that you just had to walk in. The shelves were lined with beautifully decorated cake slices of every flavor. The menu also included every kind of Boba Tea you could imagine. 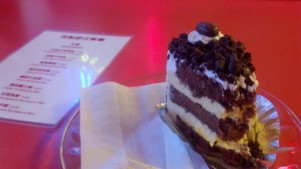 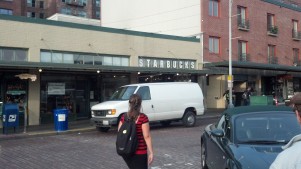 My friend from Uraguay 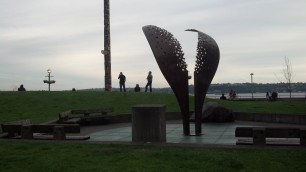 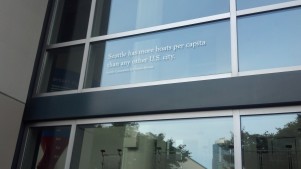 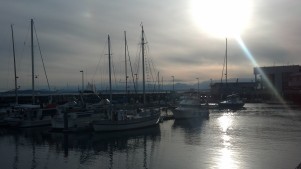 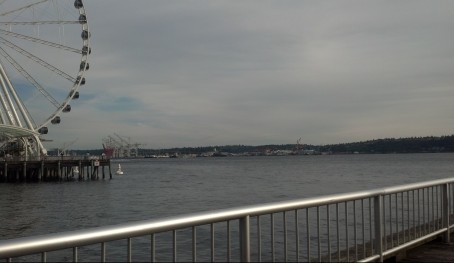 END_OF_DOCUMENT_TOKEN_TO_BE_REPLACED

The beginning of March, I stayed in Houston with my sorority sister, Amandine. She is a graduate student at a university there. On Thursday night I arrived just in time for the Houston Livestock Show and Rodeo. Three other girls were at the apartment waiting on me. A car and then a train later, we were scouting out fair food. Between the four of us there were giant baked potatoes, a foot-long corn dog, a turkey leg, over a dozen fried Oreos and… fancy metal flasks.

I never realized that a rodeo contained so many different events. We played a ridiculous game of telephone in the bleachers as cowboys and a few barrel racing cowgirls roped, wrangled and rode in the dirt far below. The highlight of the night was the Mutton Bustin’ competition, where five year-olds are padded up and sent off riding lambs. A little guy named Brody won. They presented him with a man-sized belt buckle and asked him what was the secret to winning. He responded with a southern twang, “You just gotta keep you’re head down and hold on.” END_OF_DOCUMENT_TOKEN_TO_BE_REPLACED