RSS Feed
← Left My Home in Georgia, Headed to the ‘Frisco Bay
My Hitchers →

The Journey to Ft. Bragg

The Friday before Memorial Day Weekend, I decided to leave San Francisco. I thought that if I left before noon, I’d miss traffic. Everyone in San Francisco seemed to have the same idea.

I spent three hours crawling along the 101 at 20 miles an hour, when I finally decided to take the next exit wherever it may lead. The exit was for Petaluma. A charming little town, I carried my lunch to the park to eat and bought the next book in my series… I had just finished A Storm of Swords. I found many of the stores interesting and I enjoyed walking along the old docks. 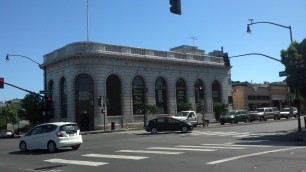 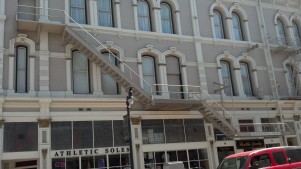 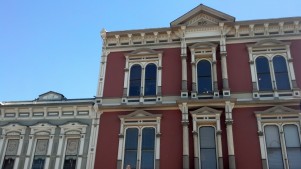 After my break from the crowd, I hit the road again this time with my phone’s GPS set to “Avoid Highways”. I’m glad I set it that way. I curved all though Sonoma Valley. The light flickered through the trees and happy crowds sat outside porches of eateries dispersed between farms and vineyards. I viewed deer running, darting from the trees.

I made my way from the hills of vines to the quiet, ancient redwood forests. I felt like I was entering Middle Earth. The moss has a soft green glow, the trees are so tall and thick, but mostly it’s the darkness and the silence. It seems like a place to be reverent. I was stunned to then drive out of the forest to view the ocean cliffs. I never realized that the forests and the ocean were so close together! Being from the South, I always thought that any nature near the ocean had to be marshlands or swamp, not giant trees.

I made it to Glass Beach right around dusk. I was so happy it was still light! 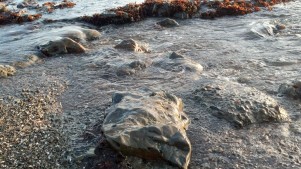 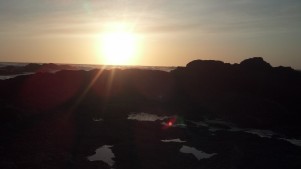 Glass Beach has its name, because it used to be a dump. After time went by, all the garbage washed away and all that is left is some rusty metal sticking up from the sand and sea glass. It is a beautiful beach, despite what it used to be. The glass is really small now, you have to get down low to see it, but it’s really pretty the way the sand sparkles with different colors. As the sun set, I made my way back through the grass and flowers to my car to find a place to stay. I heard there was free camping nearby in Jackson State Forest, so I pulled out my phone and started figuring out the exact location.

I wish I had gotten there before dark, it’s so hard to see any sites in the dark. Another car pulls in behind me and I start to get nervous until we get to the lights and see the check in board. It’s a man and his wife, they are looking for free camping too. It turned out not to be free anymore, but still $15 is a good deal camping. The only spots left were in equestrian. We decided to just be rebels and camp in equestrian, “It’s 9:00 at night, no one is going to be coming in here pulling a horse trailer at this hour.” The spot was pretty hard to find, we drove all around the campground until we found the road. I was so thankful to finally have a place to park that I didn’t care too much about my surroundings. 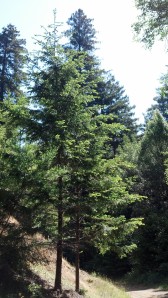 I slept well, the next day I woke to the beautiful stillness of the redwoods surrounding me. The light streaming down from the sky and the sounds of the forest were so peaceful. There was a little creek by the campground.  I took a bit of a walk and then hit the road. I had a long drive to make it to Oregon that day.