I decided to head up to Durango, Colorado to spend my birthday and Easter with my cousin Mary’s family. It was a little out-of-the-way, but I wanted to visit with Mary and I thought I would enjoy spending the holidays with family instead of with strangers.  I had the best time. Mary had a very large and comfortable guest bedroom for me to stay in, which was very conducive to working. It was good to be on a family schedule. The next door neighbor’s kid had the same birthday as me. I found out about this as he entered the minivan and yelled, “Who’s the hottie!” over and over again. I’m not really sure if it is cute or creepy to be called a hottie by a six-year-old. Though he was perfectly happy to yell to the entire car load about my physical attractiveness, he turned all shy and wouldn’t say a thing when I addressed him directly and asked him what he was doing for this birthday. On my birthday, I was surprised with a vase of flowers from the family. They had a piano recital to attend mid-day, so I took myself to Mesa Verde National Park. It was so fascinating to see all the ancient cliff dwellings. It was hard to imagine how people got to the side of the cliffs at all and even harder to imagine how they made them into such vibrant and large communities. The scenery was breath-taking. 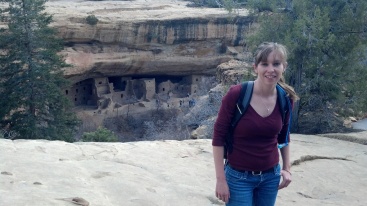 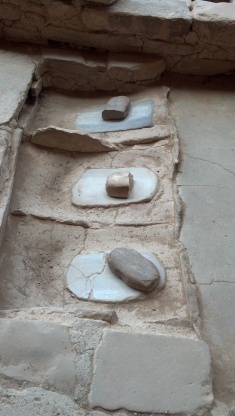 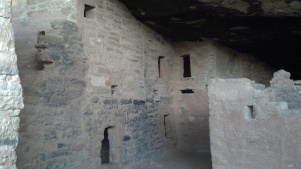 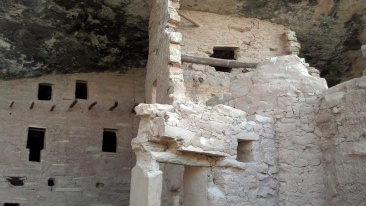 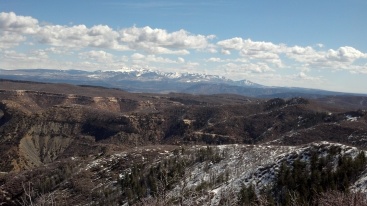 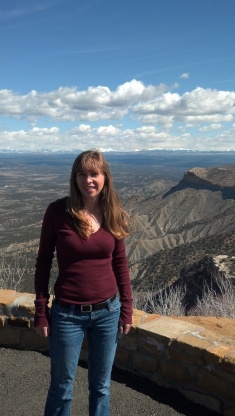 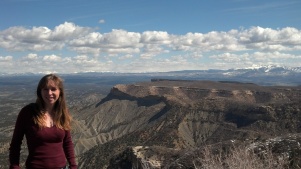 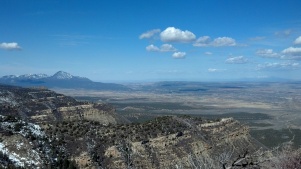 When I got back into town I was taken out to this delicious restaurant called the Ore House in Downtown Durango. Mary had been on a pretty intense Lenten fast, so she was very excited to break her fast by eating steak and drinking alcohol. Downtown Durango is so cute. It is filled with restaurants and outdoor stores. My cousin and I walked into the lobby of the Stater Hotel and opened several secret cabinets where alcohol was stored during the prohibition. We also looked at the trains at the Durango-Silverton Train Yard. Her son really liked that. He is about two and he loves “Choo-choos”. We figure that this train route must be what inspired Thunder-Mountain Railroad at Disney World.

The next day I went to St. Marks Episcopal Church with Mary and family. It was a very nice Easter service. It was fun to people watch. I like the neighborhood. Two girls in short dresses and big hats took photos outside before hopping on their bicycles. I watched the kid’s easter baskets to keep others from taking the eggs out! The weather was wonderful. Perfect high 60s – low 70s. I’ve been very fortunate on this trip. The neighbors with the birthday boy came over in the afternoon for mid-afternoon “brunch”. There was so much food – ham, two different types of quiche, salad and fruit.

The next few days were nice and relaxing. Mary, her toddler and I walked a short portion of a trail along the Animas River. I was surprised to see snow on the ground in so many places as it seemed too warm. A few gifts came for me in the mail from loved ones. I am so blessed to have such a supportive family and have had the time in Colorado to work, rest and reflect. 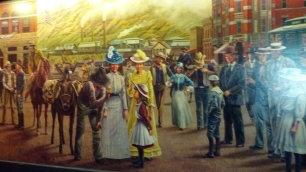 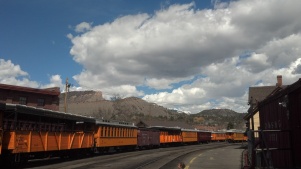