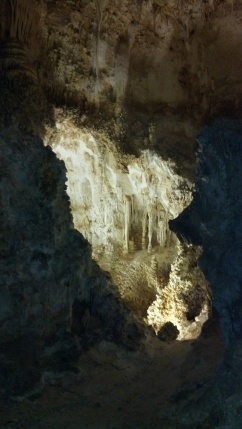 I pulled in right around sunset and drove up the mountain to check it out. You can backcountry camp in Carlsbad for up to two weeks for free. There are no trees. The place looks beautiful, but harsh. I’m not sure how many people take the park service up on it.

I ended up parked in a private campground right before the camp entrance. There were a few tents near me. I didn’t bother to bring a tent. The more I watch tent campers the more I think I made the right decision. I was very annoyed by the bright lights of the camp. I’m a light-sensitive sleeper. I wanted to park up in the National Park, but they didn’t allow that and I would’ve been pretty obvious unfortunately.

As soon as the sun had fully set, I experienced desert night for the first time. The wind howled and the temperature quickly dropped from the 60s to the 30s. I felt snug in my little car fort though. To block out the light I tucked one side of my largest blanket into the tailgate and the other ends I tucked into the car hand-holds above the passenger doors. My car stayed the same temperature for the most part with all the windows up as it rocked back and forth in the heavy wind.

The next day, I made it up to the visitor’s center for the tour I purchased ahead of time. It was short and family friendly, but since I was under the weather I was happy for a non-strenuous tour. We got to tour a part of the cave no longer open to visitors and the guide was full of fun facts. I did get to see what the Carlsbad Caverns look like naturally! Pitch black! I also got to hear about the lighting designer who lit the caves. What talent!

I took myself into the natural entrance after lunch. This cave is enormous and magnificent. I tried to take some photos, but I eventually gave up. The photos couldn’t attempt to capture it. You just have to visit. Out of all the places I’ve visited so far, this one is the one that has been the most indescribable. 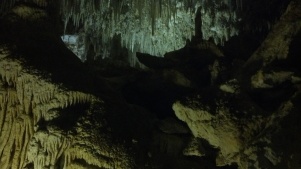 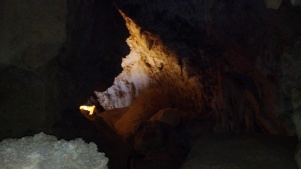 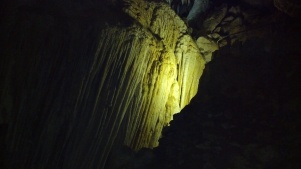 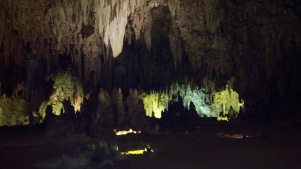 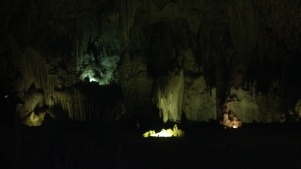 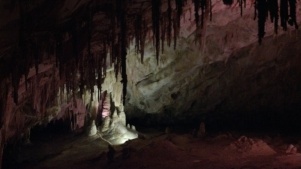 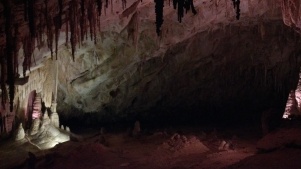 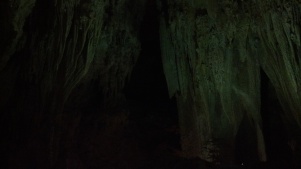 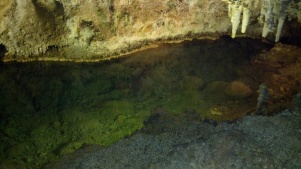 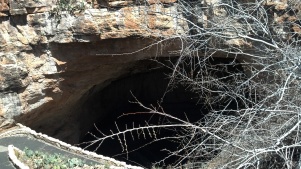 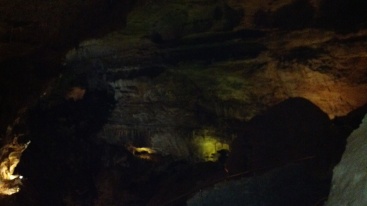 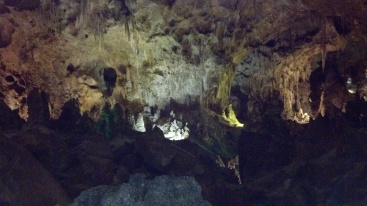 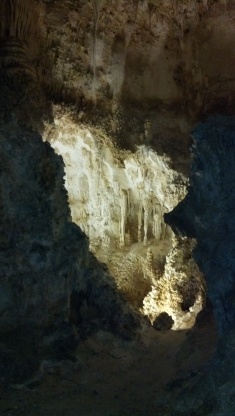 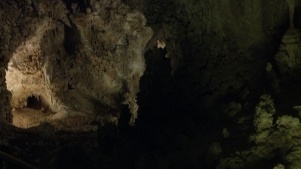 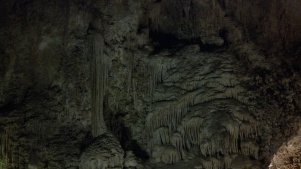 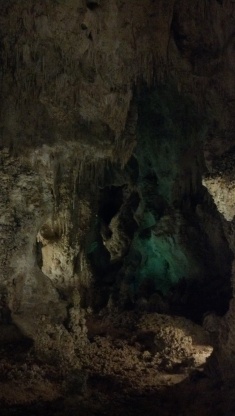 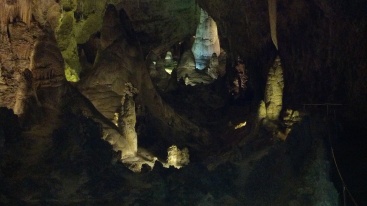 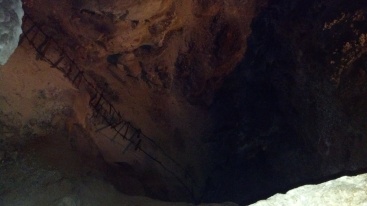